The "aha" moment that changes your life Hey guys… well guess what? Thursday morning.. ugh the pressure is on now to write… So I was talking to a client recently… these are always my “aha” moments that I love to share because … I KNOW everyone can identify. So this is a client who left YSF training w/ me about three years ago because she had decided she was going to give it a go on her own. I told her she could do it and if she wasn’t following through I would be there for her. My door would always be open. So anyways she came back for a chat and we did an assessment … She was shocked to find out she gained 23 pounds… She had a good cry on the reformer.. not sure why that is.. but the reformer is where all crying happens and then we set up a plan to move ahead. I share this story with you because she just could not believe how that happened. I mean nothing really drastic changed in her life except her workouts were not as intense and definitely not as committed. What I explained to her that this was a culmination of all the small choices she made over this span of time. And believe it or not there is a name for it.. its called the compound effect. Its actually a book my dear friend and client Janet gave me one year and I have read it several times. its called the compound effect by darren hardy.. great great read. I will show you EXACTLY how the compound effect works… here’s a little story.

Well the story goes like this ..Sally after 24 months is really feeling old.. She has started to gain the muffin top and is low in energy. She hates how she is feeling and it has started to affect her marriage and social life.She used to love buying fancy dresses for her big work events.. but now she hates going out… her fashionist clothes now consists of the flowy tops and black pants. ugh…
Sandra is definitely not feeling well. She now has high blood pressure has gained 15 pounds in 2 years and hates to leave the house. She hides behind everyone when pictures are being taken.. she hates clothes shopping in stores  ….. basically feels like shit !!!! d
Sammy on the other hand feels young and energized. She is feeling good in the bedroom:) is rocking her skinny jeans and loves to show off her muscles in tank tops!
SO that is the compound effect in a short little story.. 3 moms .. no huge major changes … but 24 months later wow.. HUGE … Capiche? See when we take that first bite out of a big mac… we dont get a heart attack right then and there but its over time.. that we feel the effects.  The compound effect is all about the small choices we make everyday that impact the results in the years ahead. …… They are oh so subtle… At first we won’t see the difference.. 5 months or even a year goes by and again no big changes but 2 years later and the changes will blow you away.  I know every one can relate to this. I know I can… Big time.
So .. what are some small choices you could be making on the daily that would create some huge and I mean huge changes in the future? Feel free to share the with me… I love when you guys share your stuff with me… Trust me writing it out to another human being will bring you clarity… I am here for a listen.. its all good no judgement.. lots of love to you all
Y 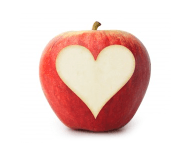